Asparagus racemosus in English Asparagus, in Sanskrit Shatavari, is a shrubby plant occurring mainly in Nepal, India and Sri Lanka. In Ayurveda, this plant is referred to as the "queen of herbs" with the adjective "the one who has a hundred husbands."

It is recognizable by its small needle-like leaves and small black-and-purple berries. In summer it blooms with small white flowers. The part that is used are roots, which are similar to Indian ginseng or ashwaganda.

Shatavari - the Most Effective Ayurvedic Herb for Women's Vitality

It got its name mainly due to the high content of phytoestrogens, which have rejuvenating and strengthening effects on the activity of the female reproductive system. It acts as a rasayana for the rejuvenation and vitality of the female body. It regulates hormonal balance and harmonizes the function of female organs. It strengthens fertility and supports the production of breast milk. It helps regulate the menstrual cycle and contributes to the smooth running of menstruation. It provides mental well-being in the transition period of menopause and optimizes the mental state. It is used for vaginal discharge, candidiasis and infertility. It acts as a strengthening and regenerating tonic in oncological findings and chemotherapy. It strengthens the immune system and vital functions of the whole organism. It helps with diarrhea, hyperacidity, stomach ulcers and intestinal problems, moisturizes the mucous membrane when the throat is inflamed and reduces fever.

Shatavari in the System of Ayurvedic Medicine

However, according to Ayurveda, it also has a positive effect on the male reproductive system. It helps potency and has a beneficial effect on the urological system. It acts as an effective aphrodisiac. In combination with ashwagandha and guduchi, it increases the so-called "ojas" - the core of vitality and the essence of the immune system.

From the point of view of the Ayurvedic concept of six flavors, shatavari contains a total of two flavors out of six. It is a bitter and sweet taste, and is therefore often used to remove accumulated pitta and vata dosha, which it soothes and rebalances. On the contrary, it increases the kapha dosha. Shatavari is an excellent rasayana for the pitta and women's reproductive system. Nourishes and cleanses the blood. It's nature is sattvic, it promotes love and devotion. Shatavari can be prepared in the form of a milk decoction with ghee, honey and pepper or in the form of tea.

How do we Prepare Shatavari?

As part of our tea production in Nepal, we process shatavari root by careful manual cleaning, crushing and subsequent mixing with other herbs, which synergistically complement its medicinal potential. You can find it in several teas caring for women's health. To restore and maintain hormonal balance, we have prepared Himalayan Ayurvedic Ashoka tea and Apana tea for normal occurrence and support of the smooth course of menstruation. In case of very heavy or prolonged menstrual bleeding, Dhataki tea is suitable and in the absence of a regular cycle, Shatapushpi tea. Shatavari is also an essential herb in the Ayurvedic nutritional elixir Arthavaprash, which we recommend for the overall regeneration and strengthening of the vitality of the female body, including support for gynecological problems. 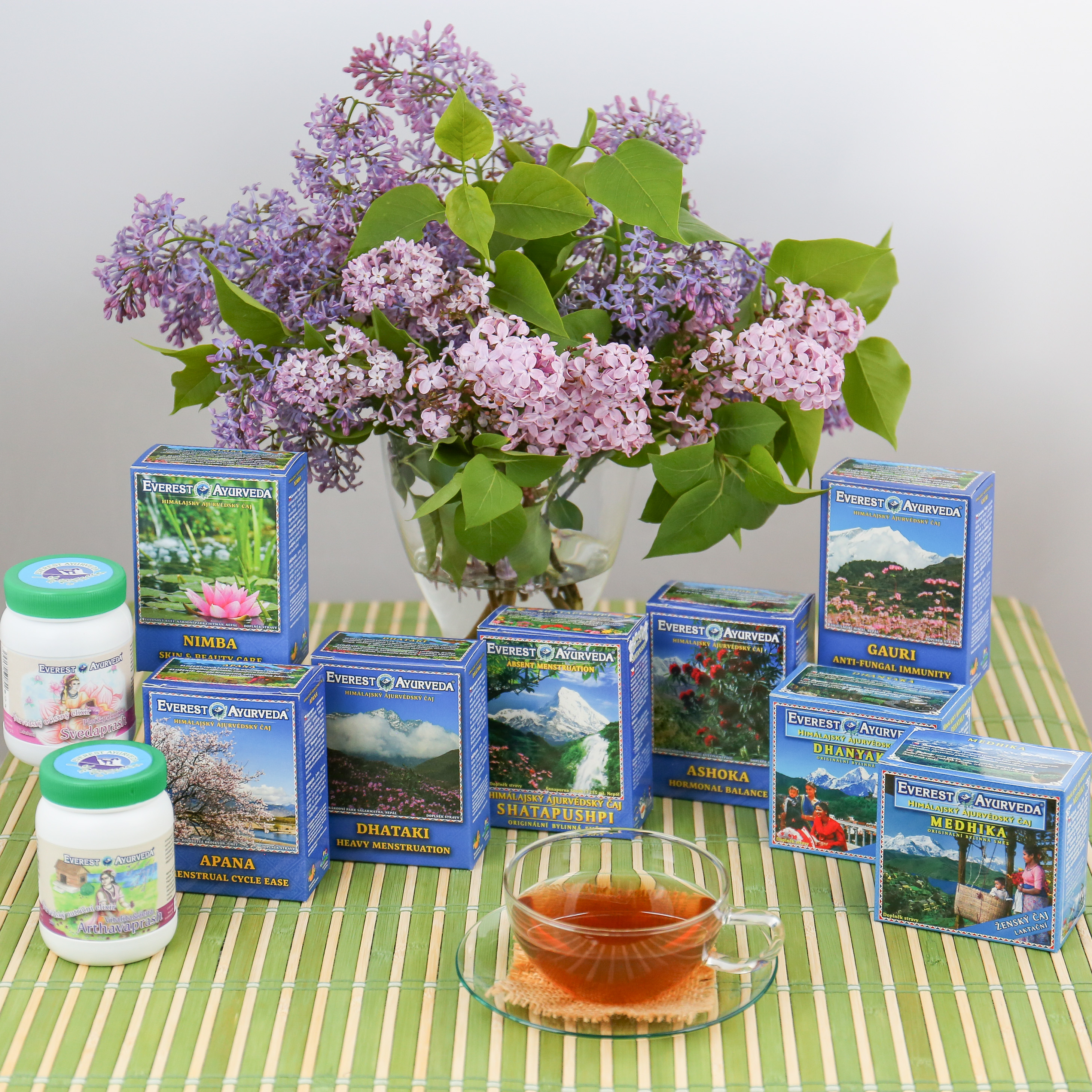 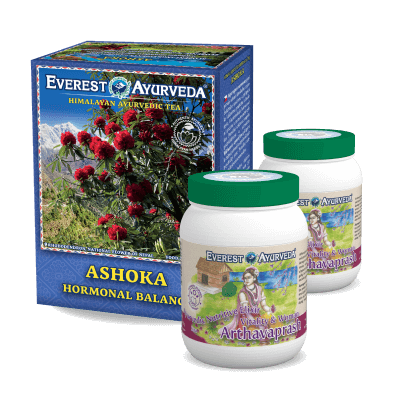 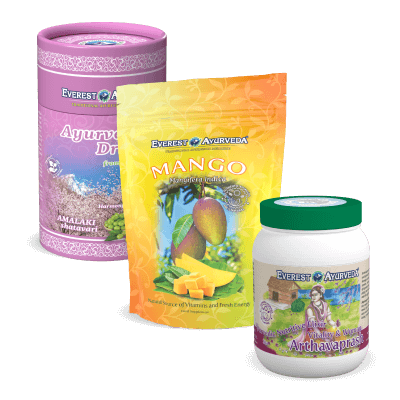 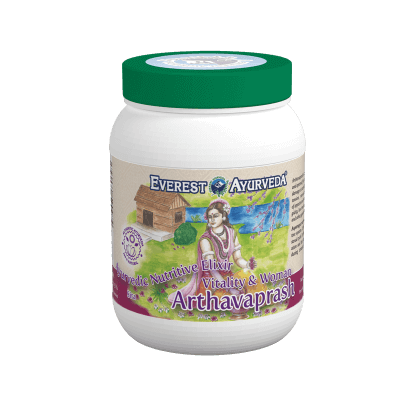 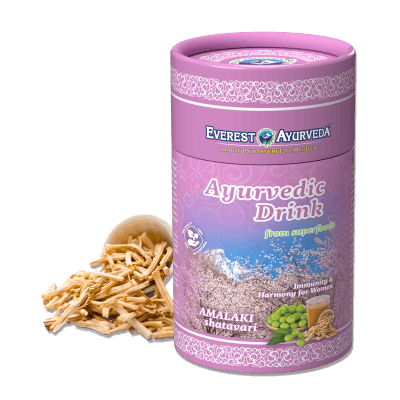 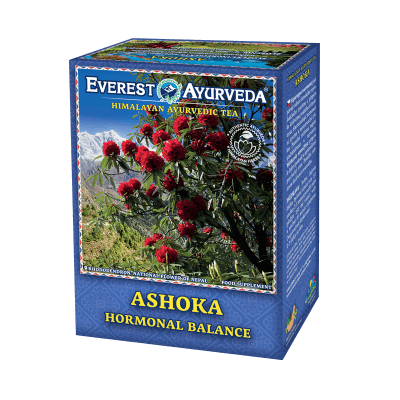 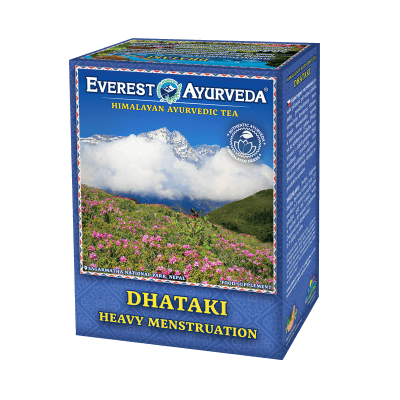 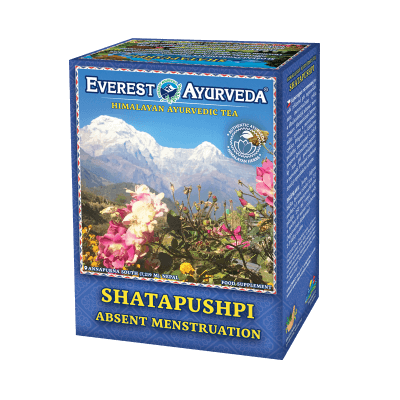 Apana tea gives relief from pain, after two cups there is no need to use pills. Also Medhika for nursing was really helpful when I had little milk.

Hello, I have been buying your teas for a long time and I deal with a very nice and capable sales representative. She tries to provide me with lot of information, unlike other companies.

I would like to thank you for Nagara tea. I got rid of my problems, the positive effects I observed already after five days. Not only I ridded of the inflammation but also of the feeling of cold hands and legs. My skin is also purer.

Hi, I use Arjuna tea for heart activity for two months. I have an arrhythmia and the tea helped me. I do not feel irregular palpitation and I am feeling well.

Being an allergic, I have been using several modern medicines with very little results. After a regular using Dalchini tea my allergy was gone after a month, no sneezing, eyes itchiness etc.

The Arjuna tea has been a saviour and I no longer have the symptoms associated with irregular heart rhythm. It is truly an amazing product.

I was given your tea for urinary tract from a friend of mine a I am very satisfied with it. Thanks