Ayurveda, literally translated as "The Science of Life," is the oldest holistic medical system based on the principles of a healthy lifestyle.

Ayurveda is a holistic and simple form of therapeutic approach to better understand oneself. It seeks to get to the core of the problem and reveal the true cause or origin of the disease itself, whether it is due to malnutrition, lifestyle, hereditary burden, negative thinking, or emotional or energy imbalance. It thus offers us an insight into the broader ties and contexts that shape and influence our mental and physical condition. Ayurvedic practice appeals above all to conscious prevention and a healthy lifestyle, because diseases are always easier to treat in their beginnings than in the advanced stages, when in most cases there is already damage to body tissues. Seventy percent of the origin of most diseases is hidden in poor lifestyle. Therefore, the success of Ayurvedic therapy depends mainly on the consumption of the right diet and also on our willingness to change in everyday life some existing habits and stereotypes, which are often at the root of our health problems. The right attitude, strong will and determination to solve your health problem are always the beginning of success.

How did Ayurveda Originate?

The origin of this teaching goes back to the ancient period of Indian sacred scriptures (Vedas), which arose as a result of the inner knowledge of enlightened sages (rshis). The first oldest surviving document on Ayurvedic medicine, Charaka Samhita, dates from the 1st century. The second professional work, Sushruta Samhita, appears a century later and deals with Ayurvedic surgery. The third most important Ayurvedic work, Ashtanga Hridaya, dates from around the 7th century and represents a clear compilation of two previous writings. In the period between the 5th century BC and 5th century AD, the principles of Ayurvedic medicine spread to all corners of the then known world (China, Tibet, Persia, Arabia, Egypt, Greece and Rome), where they mixed with local traditions and cultural customs. On this universal basis, various schools and natural medicine systems were gradually established. Ayurveda is therefore called the "mother of all healing systems."

Ayurveda considers man to be an inseparable and interconnected complex of body, vital energy, mind and soul. It does not focus only on the symptomatic manifestations of diseases, but especially on their causes, which precede each disease. The symptom is understood only as a warning or caution that something is wrong with the body and a deeper correction is needed. Thus, in accordance with the principles of a healthy lifestyle, Ayurveda seeks to restore the natural state of harmony in the human body, which manifests itself as mental and physical health. By changing everyday stereotypes, proper diet and regular use of herbs, it is possible to successfully eliminate various health problems and long-term diseases, such as: skin diseases, respiratory diseases, digestive disorders, migraines, obesity, circulatory problems, gynecological problems, spinal diseases, joints and muscles, insomnia, fatigue and stress. 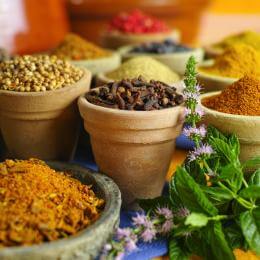 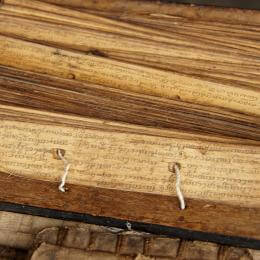 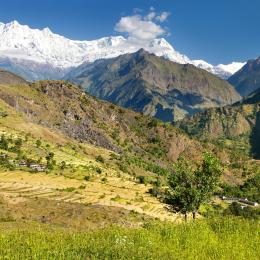 I have been buying your teas for many years, they help me in my serious illness. They are fantastic and I am delighted to visit your online shop where I can choose from all assortment at one place and do not have to go to different stores.

Recently I came across Himalayan ayurvedic herbal teas and tried some of them (Pitta, Bhringaraj, Jaiphal) and I am very happy with them. I am much calmer, my shoulder ligament got stronger, my toes` verrucas is vanishing..

Hello, I am very happy with your teas, Vidanga helped me lose weight, after drinking Kalamegha my gall bladder troubles are almost gone. Now I am considering Pachaka, I quit smoking! Thanks

I have an experience with tea for strong menstrual pain and it helped me a lot. I do not have to use any pills, only 2 or 3 times a day I drink this tea, I feel much better. Thank you very much.

I commend you for your holistic products and your newly created website which you have so nicely put together. Your products appear to be quite sound, healthy and most certainly beneficial, as I have used some of them in the past myself. I feel that it is always a great and honourable thing to see my fellow humans, trying their utmost to serve their brothers and sisters, with the very best products, in order to enhance or benefit health. My gratitude to you for creating such a high standard of excellence here and I look forward to visiting again soon.

I only can recommend, absolutely fantastic teas and they work as they should. I was searching for natural remedies for my health problems and I have finally found them :-)

I was given your tea for urinary tract from a friend of mine a I am very satisfied with it. Thanks

Hello, I want to thank for RANJAKA tea. I have had troubles with iron shortage in my blood. In addition, I am a vegetarian. Any pills containing iron did not work. The tea not only helped me, but also I did not suffer from any side effects.