The foundations of Ayurveda are based on the philosophical system of sankya, which was founded by the great sage Kapila. The ancient Indian sages saw two basic principles behind all the existence of life: the masculine power of the spirit or pure soul consciousness (purusha) and the feminine power of nature or the creative energy of matter (prakrti).

From the combination of these two principles arises creation itself with individual consciousness, thought and self. The feminine principle of nature consists of three cosmic qualities (gunas) - sattva, rajas and tamas, which are subtle energies that attach the power of the spirit, or consciousness, to the external form of material existence. All manifested life forms consist of a combination of these three forces. Sattva is the quality of light, knowledge and harmony. It works through the five senses (hearing, touch, sight, taste, smell) and manifests itself as a searching mind. Rajas represents energy, movement and constant activity. It acts through the five sense's activities (speech, grasping, walking, reproduction, excretion) and manifests itself as an unquenchable desire. Tamas represents darkness, inactivity and sleep. It works through five sensory perceptions (sound, touch, appearance, taste, smell) and manifests itself as blinding ignorance.

From the three cosmic qualities (gunas) arose the five elements of nature - ether, air, fire, water and earth - which combine individually in the human body and then manifest themselves in the form of three basic biological principles (doshas) - vata, pitta and kapha (in Tibetan concept wind, bile and phlegm). The individual psychosomatic characteristics of a person (prakrti) arise at the moment of conception, depending on which dosha currently predominates in the male sperm and female egg. Thus, each person is born with a unique ratio of these doshas, ​​which represent the individual genetic code. In the course of life, for various reasons, their relative representation deviates (vikrti) from the original innate state (prakrti), which is then reflected in our mental condition and physical health. Mental consciousness, thoughts, emotions, interpersonal relationships, diet, daily rhythm, lifestyle, seasons and the environment in which we move all affect the balance or imbalance of the three doshas. We cannot perceive these three basic principles of life separately and independently. Their functions are interlinked and complement each other. Knowledge of the root and function of each dosha allows us to correctly distinguish their manifestations in mixed constitutions, which are the most common psychosomatic types.

The three basic characteristic types of vata, pitta and kapha have seven other diverse combinations (vata-pitta, pitta-vata, vata-kapha, kapha-vata, pitta-kapha, kapha-pitta, vata-pitta-kapha). If we have a dominant predominance of the pitta characteristic, then we are the pitta type. For example, if we can equally identify with the characteristics of vata and pitta, then we are a combined vata-pitta type. Nevertheless, even in the case of the combined type, one characteristic is always more dominant than the other. A balanced type of vata-pitta-kapha is a very rare exception. If, for example, a person whose characteristics correspond to the type of vata begins to show a disease, it is usually because his vata dosha has increased significantly. Excessive excess of one of the three doshas then always manifests itself in mental imbalance and malfunction of some bodily organs. Our task, then, is to restore these life forces to their original balance. Proper understanding of these psychosomatic principles is the key to a healthy and balanced lifestyle. If we become more aware of their influence and effect, we will be able to prevent such habits and stereotypes, which later manifest themselves as symptoms of various diseases.

Three types according to reactions

The psychosomatic type is very well determined by observing a person's reactions to certain situations. Ayurveda lists three basic types according to reactions: victim, assailant and witness. For a better idea, we can give a classic example or anecdote: There are three people sitting in a room representing distinct body types, vata (air), pitta (fire) and kapha (water). A cobra creeps in. When those present see it, everyone responds spontaneously in a way typical for their constitution. Vata type is scared, frightened and out of fear he wants to jump on the table. The pitta type retains its presence of mind and its face. He grabs the first close object and faces the danger with the weapon in his hand. The Kapha type stays seated and only shouts at the pitta-type man, “Do something! Kill that snake! ” The human reaction in danger is a very reliable indicator for the correct determination of the psychosomatic type: vata-fear, pitta-aggression, kapha-inertia. 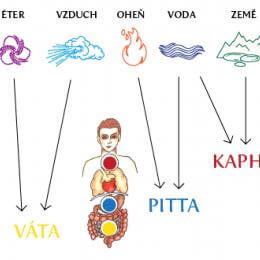 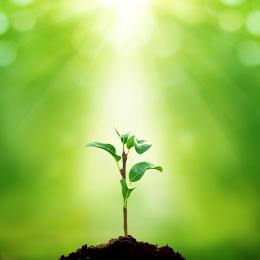 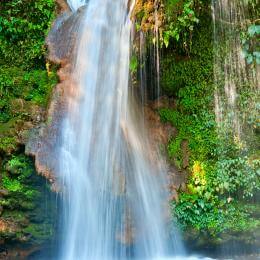 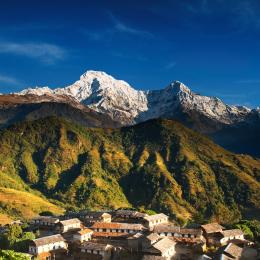 Dalchini tea helped me through the first days of spring pollen seasson. After one week of drinking the tea, three times a day, I was able to walk my dog and run with him through a meadow in bloom!

I started using the Brahmi tea after I stopped the anti seizure medication (as it made me unable to study) The Brahmi tea helped calm the pinching that would happen where my calcified lesion is in my brain. I’m currently writing my thesis and will be done end of July.

Hello, I have tried VIDANGA tea for losing weight and it really works. Thank you very much.

Hello, I have tried already 4 teas altogether:NIMBA, ABHAYA, BHRINGARAJ and KANTAKARI and all had favourable effects, so I recommend them. I also thank the producers and importers of the teas!

Hi, Shunthi tea sorted out my several years long persistent flatulence problems. Nothing else was really helping me, only this tea!

Hello, I have been drinking VATA tea for more than a week. It really tastes well and calms me down. Thanks.

Before I tried Everest Ayurveda teas, there had not been a tea that would have helped me. Your teas represent part and parcel of my home first-aid kit and I keep myself fascinated by the effects. I cannot be without Udana after work.

The teas are great. I use them for urinary disorders. No need for antibiotics. Thank you.

I have tried many alternative herbal remedies, but only your teas are really working. I feel physically and mentally better :)

Hello, I've been using your wonderful Manjishta tea for a couple of months now. It's helped me a lot. Thank you very much. Your website is great too.