How did a new documentary about the home of the oldest medical system at the foothills of the Himalayas see the light of the day? The Abode of Ayurveda had the premiere on September 23 in Prague, a week later in Bratislava. Its creator, Kritartha Brada, describes the origin of the movie and his personal journey to Ayurveda.

When did Ayurveda come into your life and in what context?

Ayurveda broadened my journey towards knowledge of life in its holistic dimension. At the beginning there was an intellectual search and a desire for knowledge in the form of academic education, which led me to study history and ethnology at the Faculty of Arts of the Charles University in Prague. During my studies, however, I became aware of the considerable narrowness of the European way of thinking, which stimulated a kind of positive dissatisfaction in me with the lifestyle and value system of our Western society. I felt a certain mental pride in it or a sense of superiority towards Oriental or Eastern cultures, which initiated my search for the inner dimension of life. In such a situation, one, like many European thinkers including Artur Schopenaur, Otokar Brezina or of cause Max Müller, naturally, will turn to India in the spirit of the Latin saying "Ex oriente lux" which means "Light comes from the East". As we all know, the paths of "Providence" tend to be unfathomable, but it often happens that things, people and situations come to us simply when we are ready for them and we can understand their message and realize its meaning. It only depends on the degree of our readiness or receptivity.

In my case, it was a meeting with the Indian master of meditation, Sri Chinmoy, in 1993, that ignited that spark of inner awakening in me. I remember it very well, at that time I had just read the book "The Third Eye" by the Tibetan lama and doctor Lobsang Rampa. I was full of impressions from reading and suddenly I found myself facing similar experiences that I had only read about so far. In the quiet presence of Sri Chinmoy, I felt a ray of light of immense intensity in the center of my forehead and then a wide and warm expanse of force in the center of my chest. This inner connection and guidance has been still accompanying me and later led me to meet a Nepalese friend - the doctor of biotechnology Suresh K. Sah and the Ayurvedic doctor Dr. Kam Dev Jha. From this point on, my connection with Ayurveda and preparations of the traditional Ayurvedic medicine continues to develop.

How long has the idea of making a film about the places that are the cradle of Ayurveda matured in your head and what was the final incentive for realization?

In fact, the first impulse to create an Ayurvedic society was a meeting with the Ayurvedic physician of the deeper insight, Dr. Kam Dev Jha, who, during our meeting, expressed his wish and conviction that I should establish an Ayurvedic society in my country that would bring people benefit from this ancient knowledge of human life and health. During my travels to Nepal and India, the idea of capturing and documenting the traditional handmade production of Ayurvedic preparations has always come up to me. But everything has its time, so at first I had to gain some valuable knowledge and experience and then the ripe time came when one day I bought a camera and thought I would go to places I knew, with the intention of recording everything what I can and how I can... then I'll see. The movie could never have been made without the close family background of my friends in Nepal and India, who allowed me to shoot places and footages that without intimate knowledge of the local way of life could not otherwise be captured.

It was one thing to take convenient and usable shots, another to compile a script, and the third thing was to make the film viewable. This is not always possible to put together and only the spectators and time have to judge the result. My great thanks for the transformation of the documentary into a real film belong to Jiří Kunc, who took great care and devoted himself to the entire post-production for the film screening. I was quite concerned when I presented him my first version of the roughly edited footage and I was ready for a reaction that it's not good enough to make it happen. But his assessment was different and, of course, extremely encouraging for me: "It's worth of it, the script has a drive and power, it's an impressive story. It would also succeed in radio broadcasting. The footages are interesting too, they will need some work, but it is definitely worth of it." So now we present our modest result to the audience, and we believe that it will elevate their spirit and give them a spark of inspiration and a little bit of human knowledge that was born in the cradle of the enlightened Indian sages. 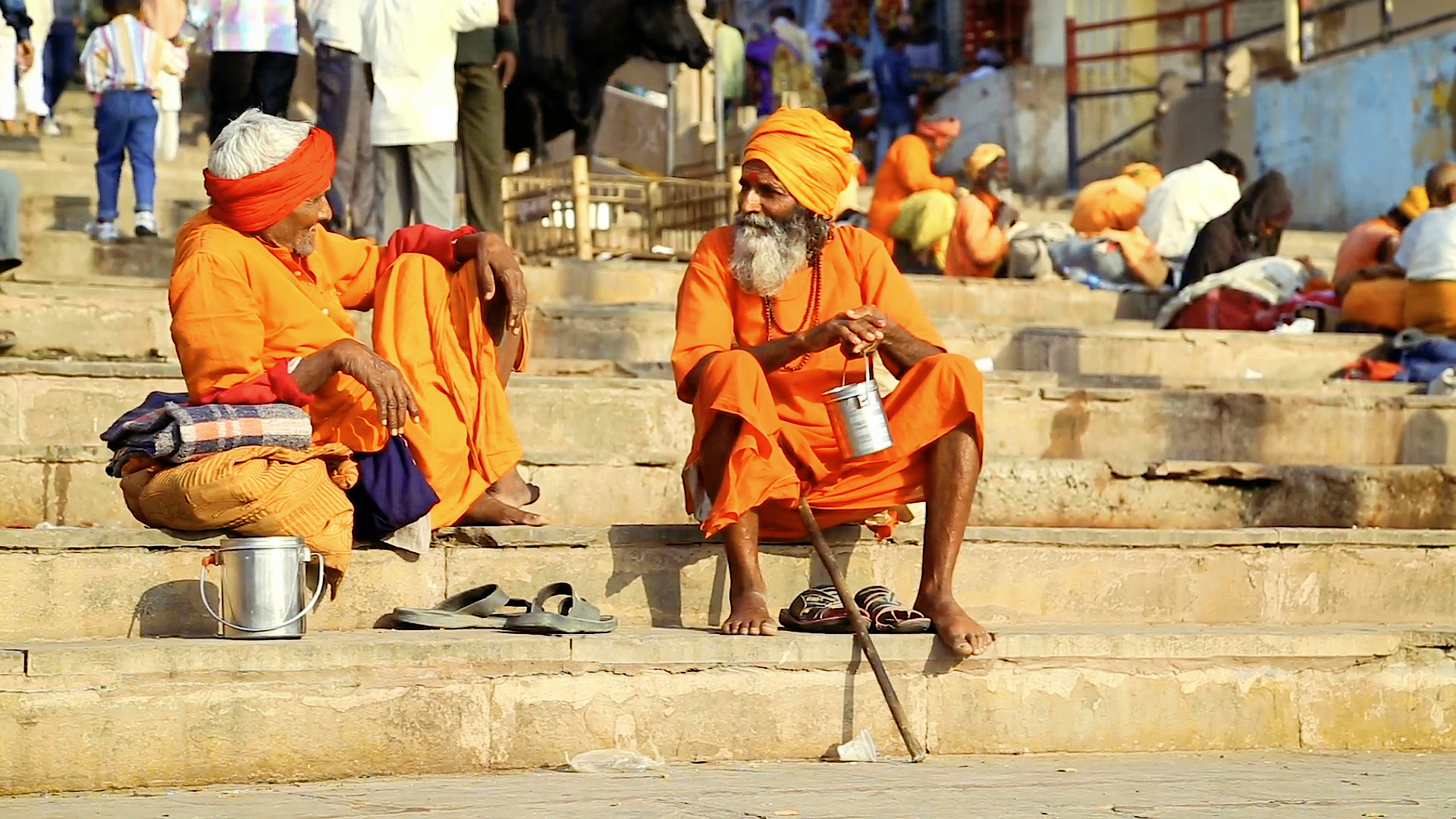 What was the intention of the film from the beginning and for whom is it intended?

There's still a bit of ethnologist in me, so I really love people of different nationalities, cultures, traditions and religions. I was lucky enough to visit many countries on all continents except Antarctica and I have to say that I can actually feel at home everywhere in the world. So one of the main messages of the film is precisely this – to realize and feel that the world is nothing more than one great family, even though we all look, think and live differently. After all, we are all just beads of different shapes and colors strung on the same thread. Thus, the movie has several planes that mingle with each other. It will tell about people and places, cultures and traditions, Ayurvedic medicine and approach to life.

Can you tell us where and to whom the document will lead us?

The documentary is divided into two parts. The first part will take us to Nepal, an extremely diverse country bordered to the north by the 8,000 meters high peaks of the Himalayas and to the south abounding in fertile landscapes and subtropical jungles. Since ancient times, important trade routes have led through this territory, with a great movement of many ethnic groups, bringing here various cultural, artistic and religious customs originating mainly from India, Tibet, China and Mongolia. The tradition of use, perfect knowledge and collection of Ayurvedic herbs and spices is also an integral part of the daily life of local people. In the second part, we move on to Rajasthan, India's most colourful state, famous not only for its heroic tales of valiant Rajputs or the Thar Desert, but also for its unique architecture combining Hindu and Mughal construction. Within both parts, we will visit, for example, the Ayurvedic Cancer Hospital, the expert on the Ayurvedic scriptures, or the Dean of the Ayurvedic Tribhuvan University. 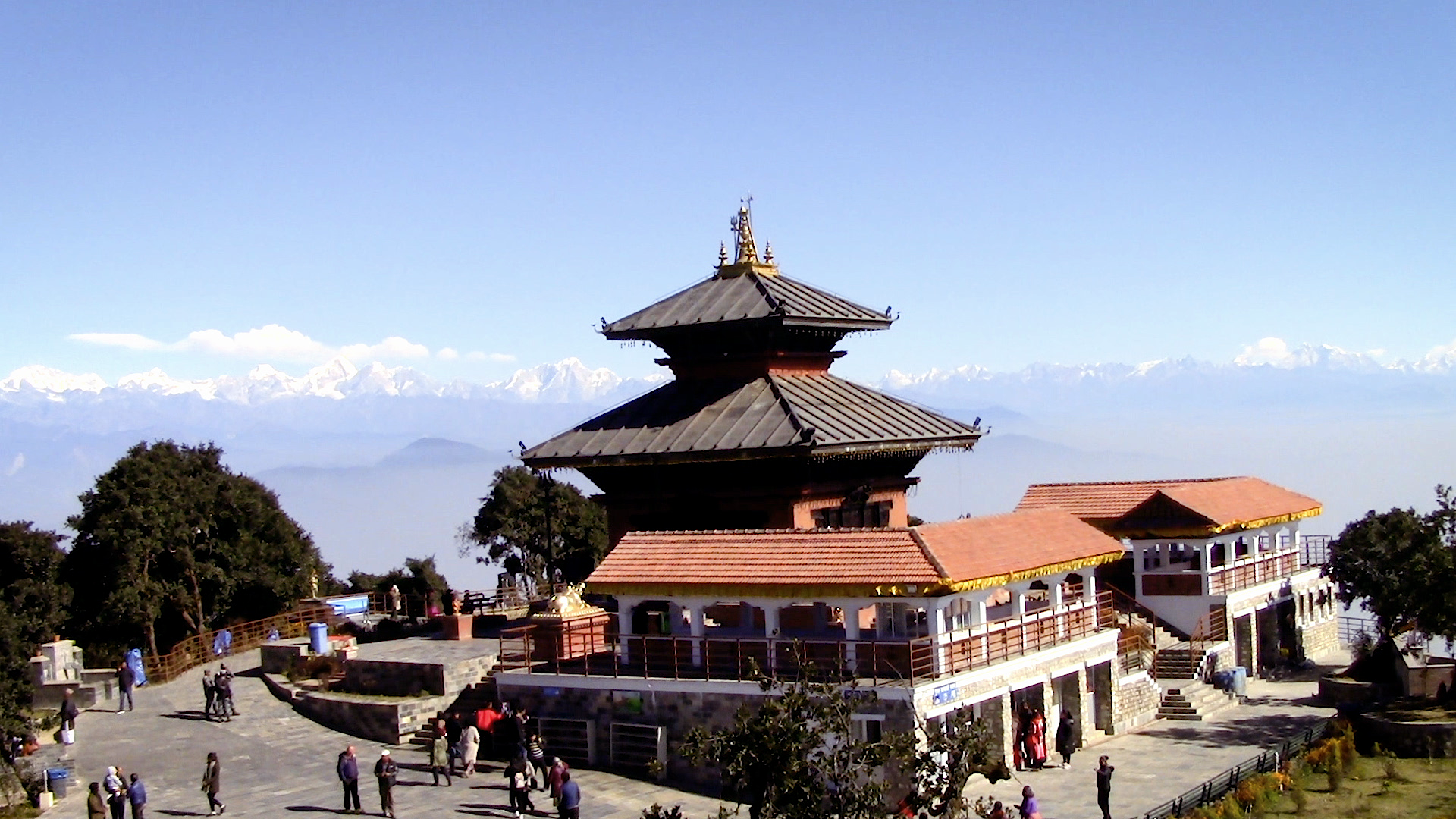 You wrote a script based on your own experience. How long have you been going to places where you take us and did something unexpected happen there during filming? Can you tell some story, please?

Yes, the script was created organically and gradually in accordance with the footage's content. I knew the ideological framework of what I wished to convey to the viewer, but the way and story of the content expression was formed only during the editing and creation of the spoken commentary. A spoken word in a document is a thing in itself. Without the suitably chosen personality of the dubbing artist and his voice, even the best content of the documentary can condemn the overall impression of the film to failure. In the case of our movie, I am really extremely grateful to the popular Czech actor Petr Vacek, who not only helped me to smooth the spoken text, but also accepted the role of a voice guide of the whole film. I am very convinced that his sensitive and professional narration balances the quality of my role as a self-coach in the field of directing, script and editing. He was also my first friendly "critic" when he said to me with a smile, which I greatly appreciate: "Well, I think you painted India a little pink, but to have a certain point of view is the right of every filmmaker." In my defense, I just have to say also with a smile, yes, if you're looking at the world with the eye of your heart, then you can see also black as white.

Why shouldn't people miss your document, what's your invitation?

Nowadays, health protection is a very actual topic that can be approached from many sides. Ayurveda emphasizes, in particular, the prevention of disease before the treatment itself, which is based on appropriate healthy lifestyle and active care for mental harmony, taking into account the constitution of each individual. This is, in simple terms, an approach that our Western society urgently needs to learn. We got used to live only in superficial information and half-truths, and it is difficult to walk the so-called middle way without extremes. Today's time and the state of public affairs are just proof of that. Ayurveda is a natural path to health that leads through understanding ourselves and the mechanisms of our psychic, mental, emotional, and physical existence as inseparably interconnected parts of the one whole. If we isolate the individual components from each other and subject them to scientific examination, then we will always treat only the disease itself and not the person. 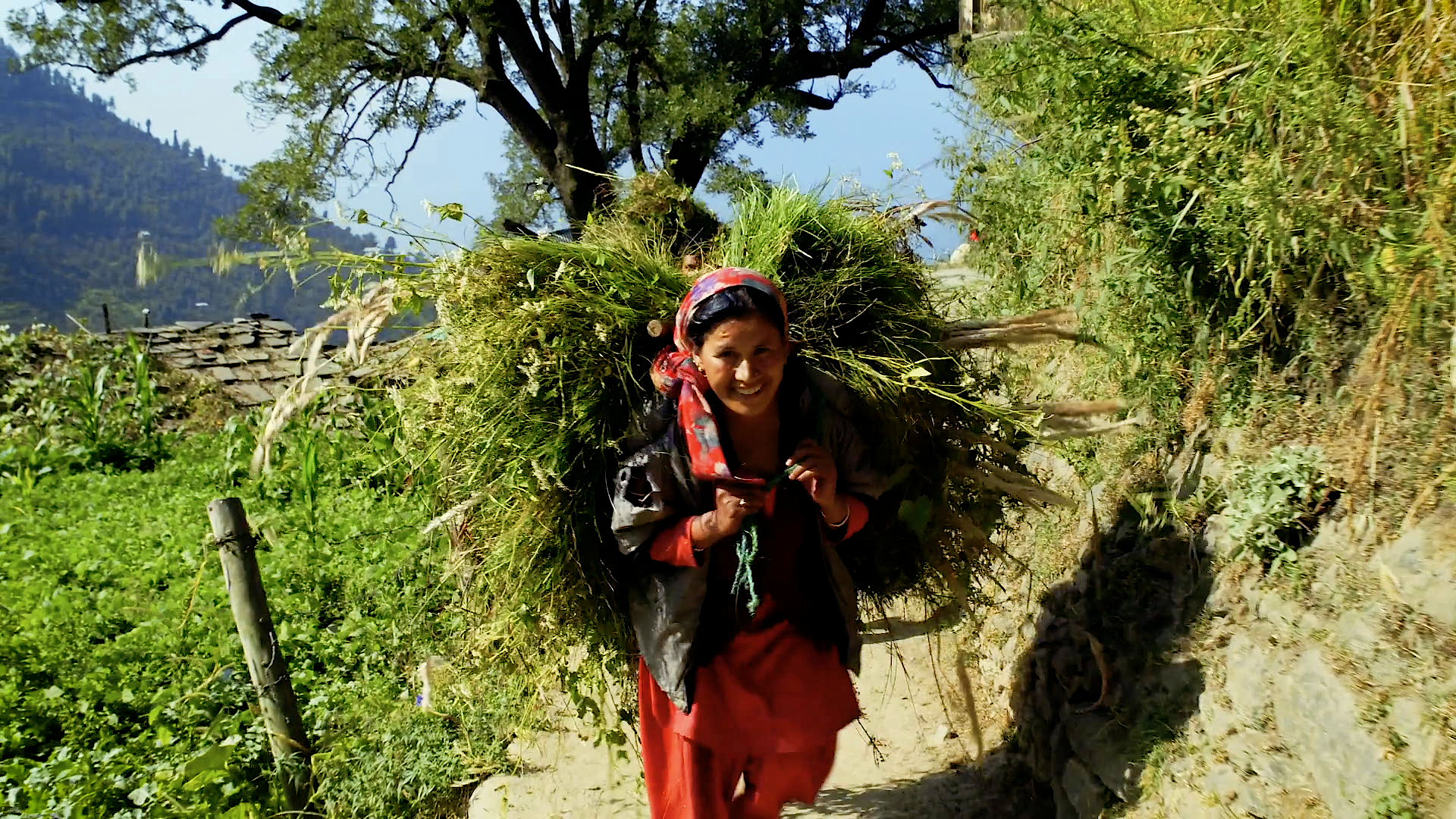 Get the movie on the DVD

Watch TRAILER and find out more about the movie on its official website theabodeofayurveda.com

The interview was created in kind collaboration with the editorial office of Ayurvedic Breakfast.

Dear Sirs, my father applies therapy with Your diabetes tea, and results are very, very good (3,8). Thank You.

I have tried many alternative herbal remedies, but only your teas are really working. I feel physically and mentally better :)

For a long time I suffered from intestine spasms accompanied by a loud belly rumbling. I attended a traditional medicine doctor`s office, where I was recommended Guduchi tea. After one month of using the trouble almost disappeared.

Being an allergic, I have been using several modern medicines with very little results. After a regular using Dalchini tea my allergy was gone after a month, no sneezing, eyes itchiness etc.

Whole month through I was honestly using Abhaya for cholesterol reduction. In the beginning: 9,4, after one month use three times a day and an evening pill: 5,2. thanks a lot.

Hello, I've been using your wonderful Manjishta tea for a couple of months now. It's helped me a lot. Thank you very much. Your website is great too.

I am very excited about the teas. After Ashwagandha tea I sleep like a baby. When being attacked by a viruses, after Katphala drinking, fever reduced, sore throat disspeared and energy level increased with no use of pills!

Hello, I want to thank for RANJAKA tea. I have had troubles with iron shortage in my blood. In addition, I am a vegetarian. Any pills containing iron did not work. The tea not only helped me, but also I did not suffer from any side effects.